TRAVEL TO PERU IS SAFE AND OPEN! CONTACT US WITH ANY QUESTIONS OR CONCERNS

READ THE TRAVEL LOGISTICS AND ENTRY IN PERU

Medicinal use of Rivera Corymbosa – Ololiuqui

Rivea corymbosa is a large, woody, perennial creeper vine that has thin heart-shaped leaves and white funnel-shaped flowers. The plant is thought to be indigenous to Mexico, but it is also very commonplace in Cuba, as well as on other islands of the West Indies and along the North American Gulf Coast. It also appears in Central America and in the Amazon basin of southern Columbia. The plant requires a tropical climate to thrive and needs to be well watered. It cannot endure any frost (Ratsch 1998, 514).

TRADITIONAL USES: Identified as the Aztec visionary inebriant ololiuqui, R. corymbosa’s round seeds have been found to contain LSA (Lysergic Acid Amides). In the early 1960s, Albert Hofmann isolated the active psychoactive components of R. corymbosa (contained in the seeds, the leaves and the roots), which he recognized to be ergot alkaloids, closely related to the constituents of Claviceps purpurea and LSD (Hofmann 1963).

Ololiuqui seeds have a long history of use in Central Mexico and have been used ritualistically since Pre-Hispanic times by the Aztecs and related tribes on the level of importance of sacred mushrooms and the cactus peyotl, all of which played important roles in magic and religious ceremonies. Ololiuqui is still used today by certain tribes, such as the Zapotecs, Chinantecs, Mazatecs, and the Mixtecs, all who reside in the remote mountains of southern Mexico in relative isolation, with little or no outside influence of Christianity (Ratsch 1998, 515).

Judging from the numerous ancient writers quoted in Schultes’ monograph on the subject, one is able to conclude that ololiuqui must have been widely and extensively used in the valleys of Mexico in Pre-Hispanic times. In many accounts, ololiuqui appears to have been more important in divinity than peyotl or teonanácatl. Ololiuqui was deemed to possess a deity of its own, that which could work miracles if properly propitiated to the gods (Schultes 1941).

Francisco Hernandez, a Spanish physician who between 1570 and 1575 carried out extensive research on the flora and fauna of Mexico for King Philip II of Spain, provided the first descriptive account and detailed illustration of ololiuqui. In his famous “Rerum medicarum Novae Hispaniae thesaurus, seu plantarum, animalium, mineralium mexicanorum historia”, which was presented in Rome in 1651, Hernandez described and classified ololiuqui under the heading “De Oliliuhqui, seu planta orbicularium foliorum” (Hernandez cited in Schultes 1941).

An excerpt of a free translation of Hernandez’s 1651 Latin version reads as follows: “Oliliuhqui, which some call coaxihuitl, or snake-plant, is a twining herb with thin, green, cordate leaves, slender, green terete stems, and long white flowers. The seed is round and very like coriander.” In this work, Hernandez describes the preparation of ololiuqui in medicine, where one would grind the seeds to a course powder, then add the ground seeds to Spanish pepper and milk. This concoction was drunk to alleviate pain and heal all sorts of ailments, inflammations, and ulcers” (Hernandez cited in Schultes 1941).

Hernandez also claimed that Indian priests embarking on a journey to communicate with the spirit world would eat ololiuqui seeds to induce a state of delirium during which they were able to receive messages from the supernatural and commune with the gods. He reported that these priests saw visions and went into states of terrifying hallucinations while under the influence of the medicine (Hernandez cited in Schultes 1941).

It is noted in other Spanish colonial literature that ololiuqui is a known inebriant. Terrifying hallucinations were described in detail, and it was known to deprive one of judgment and make one “act crazy and possessed.” Another use of this drink as a “psychic serum” – one would take the medicine in order to find things that had been stolen, lost or misplaced and the plant would assist the individual in discovering where the items were, and/or who took or stole them. The same principle applied to lovers scorned; a man whose wife left him, or a wife whose husband left her, would take the ololiuqui drink to learn the underlying cause of the relationship break-up – often adultery would be discovered this way, with the cheating partner’s lover being identified in the process. This use of ololiuqui seeds still continues today, with only slight variations, among the Zapotec, Mixtec, Mazatec, and Mixe peoples (Ratsch 1998, 516).

Reko described in detail the ceremonial use of ololiuqui in his monograph “Magische Gifte”. Usually professional soothsayers, or “piuleros,” guide their clients by presenting them with advice while under the influence of the drink “piule” (another name for the decoction of ololiuqui). Sometimes these shaman also give the ololiuqui drink to their client or patient, who then reply to the piulero’s leading questions in the narcotic-hypnotic state induced by the medicine, thus revealing facts about their condition, sometimes even diagnosing a  particular illness, for which the piulero determines the appropriate medicines and course of treatment (Reko 1936).

Ololiuqui was used by the ancient Aztecs not only as a potion but also as an ingredient in magical ointments. Literature from the colonial period describes an ointment known as “sacred flesh” that was prepared from the ashes of burned insects, tobacco, and ololiuqui seeds. This preparation had many ritualistic uses, and was also used in cases of gout. In addition to the seeds, the leaves and the roots of this plant have psychoactive properties. These parts are used for divinatory purposes as well, however the exact preparation of these parts of the plant is not known (Fields 1968).

In modern times, dried or fresh R. corymbosa seeds are added to alcoholic beverages such as mescal or pulque (agave), aguardiente (sugar cane liquor), tepache (maize beer, also known as chicha), and balché. Fresh seeds are crushed, added to the beverage, and then allowed to steep for at least a few hours. This drink is known as piule, and is used to enter hypnotic states (Ratsch 1998, 515).

Fifteen or more seeds may be ground and allowed to soak in a half cup of water. According to the Zapotec, a shamanic dose consists of thirteen pairs of seeds.  Other traditional doses are fourteen or twenty-two seeds. For Western studies, doses from sixty to one hundred seeds were used.  Doses as high as five hundred seeds have been tested, but such high doses almost always lead to very unpleasant results, complete with vomiting and diarrhea (Brenneisen 1994 cited in Ratsch 1998, 515).

The fresh seeds of R. corymbosa contain up to 0.07% ergot alkaloids, primarily ergine. Terpene glycosides and galactomannanes have also been isolated.  The leaves and the stalks also contain psychoactive indole alkaloids at lower concentrations (Cook & Kealand 1962).

Reported effects of R. corymbosa include apathy and increased sensitivity to visual stimulation. After four hours, a phase of relaxation and well-being generally begin. Doses that are too high usually result in vomiting.  According to native shamans, the seeds provide very strong visionary effects, but most Western users find the experience to be primarily hypnotic and sedating. There may be genetic or cultural differences which cause these marked discrepancies in reported experiences (Ratsch 1998, 517).

The Maya use R. corymbosa as a diuretic treatment for bruises and external wounds. In Guatemala, the leaves are used to treat tumors. In ancient Mexican folk medicine, R. corymbosa served as a diuretic, an anti-flatulence aid, a remedy for venereal troubles, a pain reliever, a treatment for wounds and bruises, and as medicine thought to dissolve tumors. It was also believed to assist in women in giving birth (Schultes 1941). 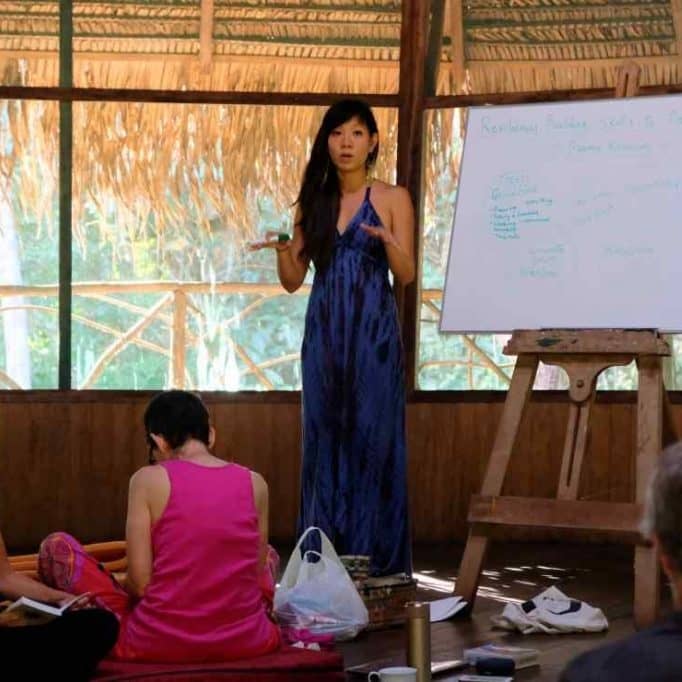 Creating a safer space Healing Trauma through Somatic Experiencing Facebook Instagram Using Somatic Experiences to Heal Trauma The sacred brew of Ayahuasca has been used for generations to address internal struggles and cosmic influences by many shamanic and indigenous cultures. The ceremonial and ancient practice of drinking Ayahuasca often leads 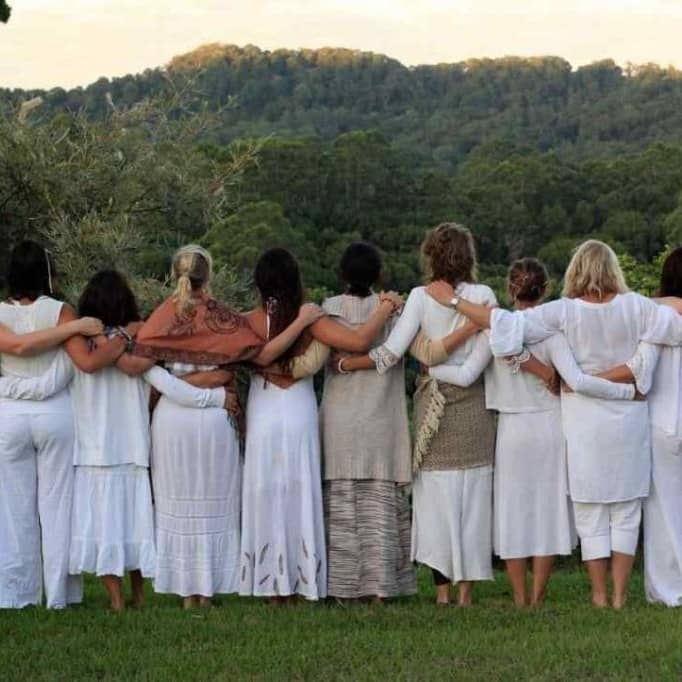 How Trauma-Informed creates an impeccable therapeutic container in Plant Medicine

Creating a safer space How Trauma-Informed creates an impeccable therapeutic container in Plant Medicine Facebook Instagram My personal healing journey with Plant Medicine Like all humans, I have a history of trauma. From the original separation to a difficult childhood and through my own dark nights of the soul I 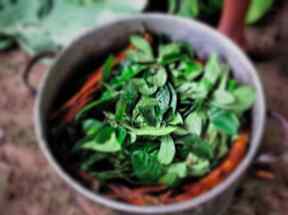 What Is A Master Plant Dieta?

What Is A Master Teacher Plant Dieta Facebook Instagram Ayahuasca is Growing in the West In recent times, Ayahuasca and the sacred healing traditions of the Amazon have received much attention from the West. Publications like The Guardian and The New York Times have contributed to the popularisation of Ayahuasca by regularly featuring before and after

Ready to journey with us?

Book a free skype session and ask questions, or start your medical screening questionnaire. Prepare to be profoundly changed.

What is a Master Plant Dieta?

…and access to our limited duration promotions for new retreat offerings, online courses, and giveaways.

Our comprehensive screening questionnaire has been developed in partnership with the International Centre for Ethnobotanical Education, Research and Service (ICEERS). Please take your time to answer it as honestly and with as much detail as possible. This information will remain strictly confidential and will only be used to assess your suitability for a place on retreat with AYA Healing Retreats and keep you safe

Please remember that the purpose of this screening questionnaire is to determine whether plant medicine healing is suitable for you…not whether you are suitable for plant medicine healing. Plant medicines are tools, like any other healing modality and like other tools for healing experiencing them entails certain risks. We need to make sure that our plant medicines will not compromise your wellbeing or harm you in any way before we allow you to begin your healing journey with us. In short, we care about your safety and we need to do what we can to ensure that during your time with us you are not at risk of harm. Plant medicines can be dangerous if the plants are not the right fit for the individual. Your answers to this questionnaire will help us to determine whether the plants we intend to use are going to help, rather than harm you